What is the credit market telling us about the potential of equity returns? 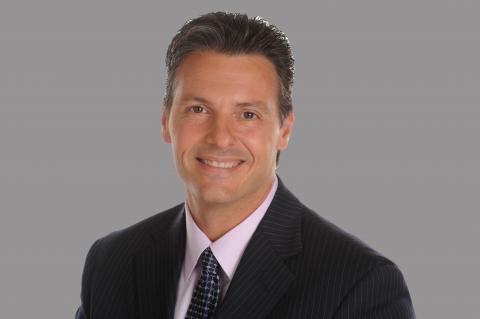 After a brutal first half of the year, small cap stocks began their recovery in mid-June and this continued in July and August.  Not coincidentally, the credit market also showed substantial improvement.

The main catalyst has been the potential for the Federal Reserve (Fed) to temper its interest rate increases based on weaker inflation data. Stronger than expected economic data in several areas such as labor, retail sales and industrial activity also helped the capital markets as the threat of a deep recession declined. Further, the positioning in equities and sentiment has been near historic lows.  Extremely high short positions, large cash balances at mutual funds and negative sentiment indicators accentuated the recovery as most investors were expecting a continued decline in markets.  Cyclical sectors that were hit the hardest year-to-date such as consumer discretionary significantly outperformed the market while more defensive sectors underperformed.

At Penn Capital, we have always focused on the entire capital structure of companies.  We believe that it is extremely important to fully understand each piece of the capital structure to make investment decisions.  The way a company finances its balance sheet can determine its success and the upside or downside in its stock.  Historically, the credit market has been a leading indicator for small cap returns.  We follow the overall credit market to assess the strength in the economy and the opportunity in equities.  As bond prices rise, the cost of capital for companies declines on the margin.  This has the potential to lead to a higher present value assuming everything else is equal.  Equities, particularly small cap equities, tend to perform best in periods of stable or declining credit spreads.

Since mid-June, credit spreads as measured by the Bank of America High Yield Index, declined from over 600 basis points over treasuries to below 500 basis points.  This is the quickest tightening of spreads we have seen since early 2020, as shown in the following chart.  The average spread in the high yield market since its inception ranges from 400-500 basis points over treasuries.  Given that spreads today are in that range, the credit market is signaling a benign economic outlook.  Typically, spreads reach at least 800 basis points over treasuries when a recession is looming in the near term.  We do not believe that we will reach 800 basis points due to the low default rate and very strong financial characteristics of the high-yield market today.  The high yield market is in the strongest financial position in history with near-record low default rates, a record high percentage of high-rated BBs, high-interest coverage and near-record low leverage.  In addition, the maturity wall is very low as there are very few bonds due in the next few years.  We believe that credit spreads should remain low as defaults are projected to be approximately 2% next year versus the historic average of 3-5%.  The spread to the treasury on a high-yield bond is simply the amount the market is willing to compensate an investor for the risk of default or impairment on their bonds.

Overall, we believe that the credit market is signaling a better environment for small cap equities and the economy.  Recessions are associated with a credit crisis and we do not foresee a default cycle in credit for several years.  Absolute valuations of small cap stocks have increased over the last few months but are still at very attractive levels with some sectors still pricing in a recession.  The relative valuation of small cap stocks versus large cap stocks has stayed near historic lows.  Most sentiment indicators are still very negative and there is considerable disbelief in the market rally.  Considering all of these factors, we are very constructive on the outlook for small cap stocks.

The views expressed are those of Penn Capital Management Company, LLC, a boutique manager on the Spouting Rock Asset Management platform, as of September 1, 2022, and are not intended as investment advice or recommendation.  For informational purposes only.  Investments are subject to market risk, including the loss of principal.  Past performance does not guarantee future results.  There can be no assurances that any of the trends described will continue or will not reverse.  Past events and trends do not imply, predict or guarantee, and are not necessarily indicative of future events or results.  Investors cannot invest directly in an index.

This hyperlink is being provided as a convenience and for informational purposes only. It leads to a website published or operated by a third party not affiliated with, or in any way related to, Penn Capital. By providing a hyperlink to an external website or webpage, Penn Capital shall not be deemed to endorse, recommend, approve, guarantee or introduce any third parties or the services/products they provide on their websites, or to have any form of co-operation with such third parties and websites unless otherwise stated by Penn Capital. Penn Capital is not in any way responsible for the content of any externally linked website or webpage. Using or following this link is at your own risk and Penn Capital is not responsible for any damages or losses incurred or suffered by you arising out of, or in connection with, your use of the link. The link is not intended to create an offer to sell, or a solicitation of an offer to buy or hold, any securities.