Time to Dust Off the Rising Rate Playbook 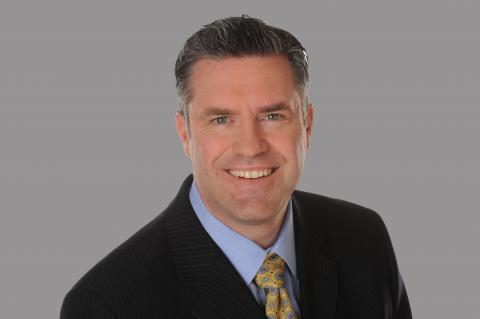 It appears that the pending economic “re-opening” and whopping stimulus program has pushed us over the Rubicon.  The end of February clinched that we have entered the longest sustained Treasury curve steepening (18 months as measured by the 2s-10s spread) since the one that lasted for over 3 years ending in early 2010.  To boot, the recent 7-year Treasury auction was the worst received ever.  Is this a head fake, like the 2013 “Taper Tantrum” that lasted about a half of a year?  The term premium is as high now as it was then.  It is hard to say for sure, but we think it is less likely to be a head fake than it was in 2013, given the massive pending stimuli and the associated borrowing.  It’s at least time for a gut check on your duration exposure.

Corporate borrowers are acting as if rates have been bottoming…

Companies have increasingly seen the threat of rising rates as an opportunity to lock in their borrowing costs for a longer period of time, and they are doing so more than ever now.  Much has been written about how High Yield bond issuance set a record for the month of February, as if that is a bad thing.  According to J.P. Morgan, of the $38.1 billion new issuance in February, $37.3 billion was used for refinancing in the form of calls, tenders or maturities. In our opinion, this is actually a good thing.  In fact, add in coupon payments of approximately $6 billion, net new supply for the month of February was positive even after $3 billion of mutual fund outflows!  Through February, new issue proceeds used for refinancing topped 77% YTD, which would be a post- Global Financial Crisis annual record if the pace keeps up. Refinancing as a percentage of proceeds has been steadily on the rise since it bottomed out in 2015.  The last time we saw the 10-year Treasury yield rise by over 100bps, 2018,  the sum of calls, tenders and maturities exceeded 100% of gross new High Yield bond issuance.

So what to do about portfolio duration?

As we wrote last time, on September 15, 2020 in “Fed’s More Flexible Inflation Target”, we know that the Fed badly wants to stoke inflation.  They will let it run “hot” over 2%, and longer rates have responded in kind with some help from vaccines and federal stimuli.  We wrote:

The Fed’s comments come at a somewhat precarious time for the longer end of the Treasury curve because the Federal government, already in a deficit-spending mode pre-COVID, is teed up to borrow trillions for COVID-related relief.  So what does all of this mean for the bond markets?  First, it means that short-term interest rates, which follow the Fed’s lead, should be pretty well anchored for some time to come. Second, since the Fed does not control long-term interest rates (rather, inflation expectations do), you could see a sustained steepening of the Treasury curve where longer term rates trend higher while the short end is less changed.

This all means that fixed income exposure should be monitored for its duration.  Duration has long been the friend of the corporate bond market.   But now the steepening “blip” from 2020 has possibly broken out into a longer-term trend.  The result of record-low yields meeting rising rates has produced a -3.15% return on the ICE BofA US Corporate Index for the first two months of 2021.  The Bloomberg Barclays U.S. Aggregate Bond Index has returned -2.15%.  Meantime, the ICE BofA 1-3 Year BB-B US Cash Pay High Yield Index has returned +0.78% YTD, and the S&P/LSTA U.S. Leveraged Loan Index is +1.78% in 2021 through February.

So, it may be worth looking at peeling off some long duration exposure in favor of either short duration but BB-B oriented high yield or loans.  These asset classes have tended to perform well in rising rate scenarios, as well as help to push a portfolio’s efficient frontier out up and to the left by limiting duration-based volatility while enhancing income potential. 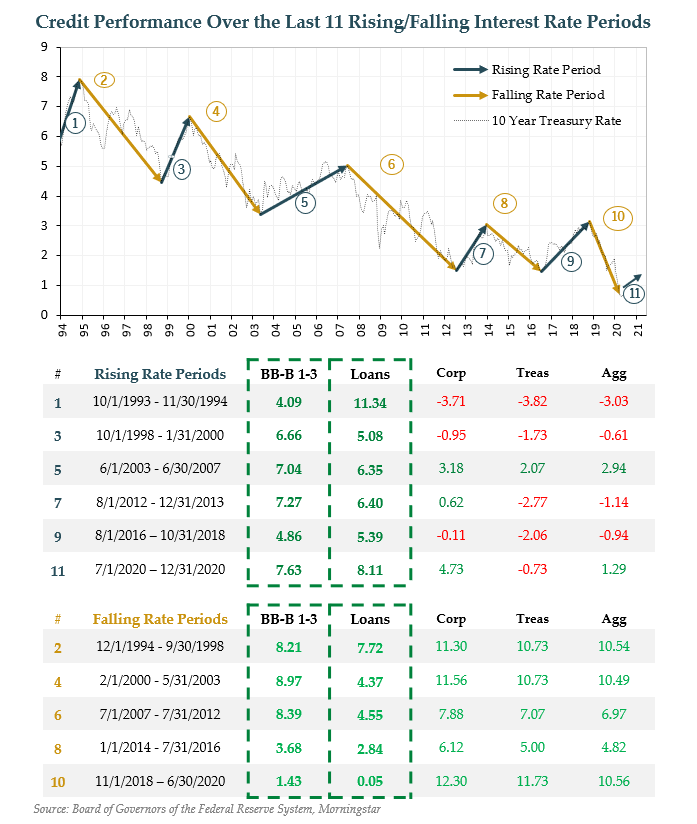 This hyperlink is being provided as a convenience and for informational purposes only. It leads to a website published or operated by a third party not affiliated with, or in any way related to, Penn Capital. By providing a hyperlink to an external website or webpage, Penn Capital shall not be deemed to endorse, recommend, approve, guarantee or introduce any third parties or the services/products they provide on their websites, or to have any form of co-operation with such third parties and websites unless otherwise stated by Penn Capital. Penn Capital is not in any way responsible for the content of any externally linked website or webpage. Using or following this link is at your own risk and Penn Capital is not responsible for any damages or losses incurred or suffered by you arising out of, or in connection with, your use of the link. The link is not intended to create an offer to sell, or a solicitation of an offer to buy or hold, any securities.